US Power Sector CO2 Emissions Expected to Increase Through 2040

Although U.S. carbon dioxide (CO2) emissions associated with electricity generation have fallen from the 2005 level, they are projected to increase in the coming decades, according to the U.S. EIA. 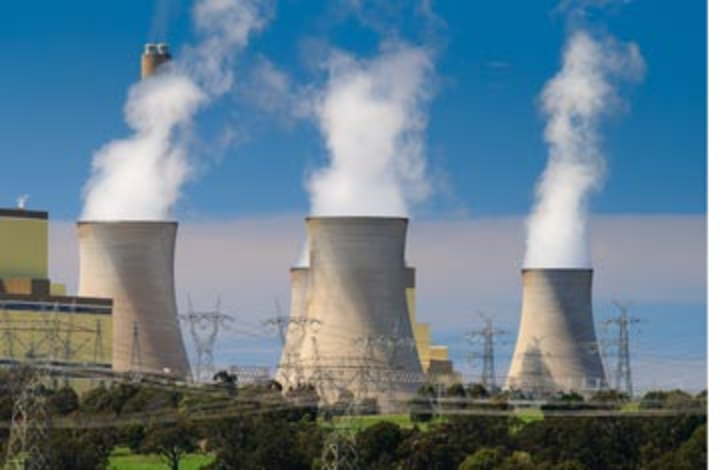 Although U.S. carbon dioxide (CO2) emissions associated with electricity generation have fallen from the 2005 level, they are projected to increase in the coming decades, based on analysis in the U.S. Energy Information Administration's Annual Energy Outlook 2015 (AEO2015) that reflects current laws and regulations, and therefore does not include proposed rules such as the U.S. Environmental Protection Agency's Clean Power Plan.

In 2013, CO2 emissions from electricity generation accounted for 38 percent of the total energy-related CO2 emitted. Since 2005, the substitution of natural gas for coal as well as increases in renewable and nuclear generation helped to reduce these emissions. Increased energy efficiency in homes and business led to lower electricity demand growth, reducing the need to generate electricity.

Power sector emissions in the United States are subject to federal regulation under the Clean Air Act. In June 2014, the Environmental Protection Agency (EPA) proposed the Clean Power Plan (CPP) to regulate CO2 emissions from existing power plants. The CPP specifies intensity rate targets for existing fossil fuel-fired electric generating units operating or under construction as of early 2014, with the stated aim of reducing carbon emissions in the power sector by 30 percent from 2005 levels by 2030.

While the AEO2015 does not include EPA's proposed rule (as AEO2015 only includes existing rules and laws), it does include two regional programs in the Northeast and in California (the Regional Greenhouse Gas Initiative and Assembly Bill 32, known as RGGI and AB32, respectively) that aim to reduce greenhouse gases (GHG) from the power industry. Existing federal environmental rules that have previously been finalized, including the Mercury and Air Toxics Standard, are also included in AEO2015.

After taking these existing environmental regulations into account, the projections for electricity generation and its resulting emissions are primarily determined by the available capacity and relative operating costs of the different technologies.

Power-sector CO2 emissions are influenced by a number of factors not directly affected by environmental policies, such as macroeconomic growth levels and relative fuel prices. The AEO2015 cases with the largest differences in cumulative emissions from the Reference case are two cases that consider higher or lower macroeconomic growth. In the High Economic Growth case, electricity demand, fossil-fired generation, and resulting CO2 emissions are all higher, while the reverse is true in the Low Economic Growth case. Projected power-sector CO2 emissions increase even in the Low Economic case, and by 2040 they are 2 percent higher than in 2013.

More extensive analysis on U.S. electricity generation dynamics and their resulting effect on CO2 emissions is available in the full AEO2015 analysis.