IHS forecasts the global market for medium voltage motors to dip to $5.6 billion in 2015 from $5.7 billion in 2014. However, it predicts the market will … 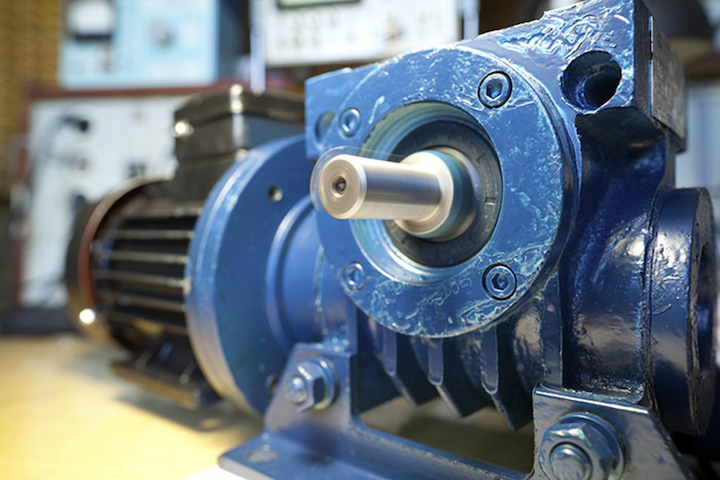 Shirly Zhu, analyst for industrial automation, at IHS Technology, says the performance of the market for medium-voltage motors is linked closely to the performance of its end-user industries as well as global economic conditions. "The significance of these two factors has never been more apparent than in the last few years as the world economy continues to improve from a global recession that has been compounded by problems in the still-recovering Eurozone economy, a marked slowdown in the Chinese economy, a variety of geopolitical problems, oil prices falling steeply, a global mining downturn, and the like," Zhu says.

The Europe, Asia-Pacific and America regions are faced with different economic difficulties, which are expected to be offset by the overall market landscape in the medium- to long-term. Facing the problem of the Greek debt crisis, the Eurozone’s delayed recovery is forecast to eventually gain momentum, aided by monetary stimulus, euro depreciation and pent-up demand. Despite the Chinese economic slowdown, India, another major Asia-Pacific economy, is expected to lead regional (as well as global) growth with a projected 7.5 percent growth in GDP in 2015. In the American region, the U.S. economy is being supported by acceleration in consumer spending and homebuilding, while Latin American countries are struggling against economic recession, including Venezuela, Argentina and Brazil.

Looking forward, IHS forecasts the global economy to persevere and eventually resume growth. As such, dynamic capital investment activities are foreseen to boost the demand for MV motors, Zhu says.

Across the three regions, Asia Pacific is estimated to have contributed to the most revenues in 2014 at nearly $2.7 billion. The region is also predicted to outperform the global market average in regard to a revenue CAGR of 3.8 percent during the same timeframe. Despite the setback of a projected 3.2 percent contraction in 2015, IHS predicts American market growth to outpace that of the EMEA market with a revenue CAGR of 3.6 percent to reach nearly $1.8 billion in 2019. In addition, China, the world’s largest country market for MV motors, is forecast to hold its market-leading position in 2019 with close to $2.1 billion in revenues equating to a 30.8 percent market share, albeit the share is down from 31 percent in 2014. The U.S. market was the world’s second-largest country market in 2014, with estimated revenues of $902.0 million; the market is predicted to remain the world’s second largest in 2019 with nearly $1.1 billion in revenues.


IHS says the sharp decline of oil prices is subsiding, and end-market demands are expected to increase, albeit with varying industry performance. The industry sectors of oil and natural gas, power generation, metals and mining were top consumers of MV motors in 2014, accounting for 22.3 percent ($1.3 billion), 16.2 percent ($923.0 million), 13.3 percent ($757.9 million) and 11.4 percent ($651.7 million) of the market, respectively, in 2014. Furthermore, there is substantial variance in industry sector performances across the three regions. For instance, in 2014 EMEA was the largest consumer of MV motors in the oil and gas sector and Asia-Pacific was the largest market for power generation and metals. In addition, medium-voltage motor suppliers often have their own well-known specialized products or downstream industries apart from top suppliers, like ABB and Siemens, which have strong presence in various fields with comprehensive product portfolios. For example, the top Chinese MV motor supplier in 2014, Shanghai Electric Motor, has a strong presence in the power generation and metals markets in Asia-Pacific.

Over the forecast period, the chemical, power generation, and water and wastewater subsectors are predicted to grow at different rates, though each is forecast to outperform average total sector growth during the forecast period at CAGRs of 4.6 percent, 5.0 percent and 5.5 percent, respectively. On the other hand, the subsectors of cement, metals, mining, oil and gas, pulp and paper are forecast to underperform the average total sector growth at CAGRs of 3.0 percent, 3.2 percent, 1.8 percent, 2.9 percent and 2.6 percent, respectively.

The market landscape by industry is forecast to change as a result of growth among various subsectors during the forecast period. Power generation is predicted to strengthen its position as the top subsector, accounting for 17.3 percent (or $1.2 billion) of the market in 2019. In addition, the chemical, water and wastewater, and commercial marine subsectors are projected to increase market share to account for 8.1 percent, 6.6 percent and 7.6 percent, respectively. On the other hand, the oil and natural gas sector is forecast to decline by 0.8 percentage points to 21.5% of total revenues despite remaining the largest subsector in 2019. The cement, metals, mining and pulp and paper subsectors are projected to shrink in size over the forecast period with relatively lower CAGRs of 4.6 percent, 13.0 percent, 10.4 percent and 1.4 percent, respectively.