Control of fluid flows and temperatures in food and beverage plants presents many challenges, most of which can be addressed with control valves. 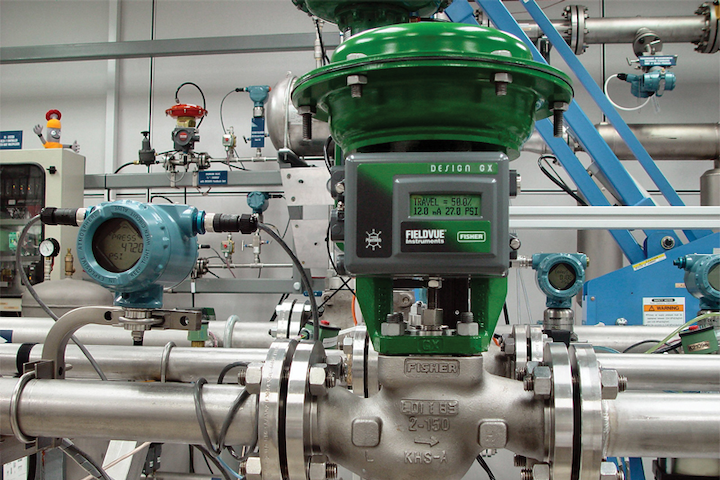 Temperature control is an extremely important variable in the food and beverage industry. If poorly controlled, the best-case result would be lost efficiency, with worst case a completely unusable batch of product. Because of such high stakes, producers tend to err on the side of caution. While producing product in this manner ensures consistency, it also limits the maximum potential of a process. But when high confidence exists in maintaining critical temperatures close to setpoints, the ability to run closer to safety thresholds can result in increased production, along with reduced water and steam usage.

One estimate says that 30 percent of batches are not done right the first time. In many cases, this is because of poor temperature control.

Figure 2 shows a common control system for the glass-lined batch reactors typically used in food and beverage processes. The control loop must maintain the desired jacket inlet temperature while protecting the lining. The heating/cooling supply can have various split-range conﬁgurations such as control valves to hot/cold headers, control valves to steam and chilled water heat exchangers, or a control valve on the chilled ﬂuid paired with variable electric heating. 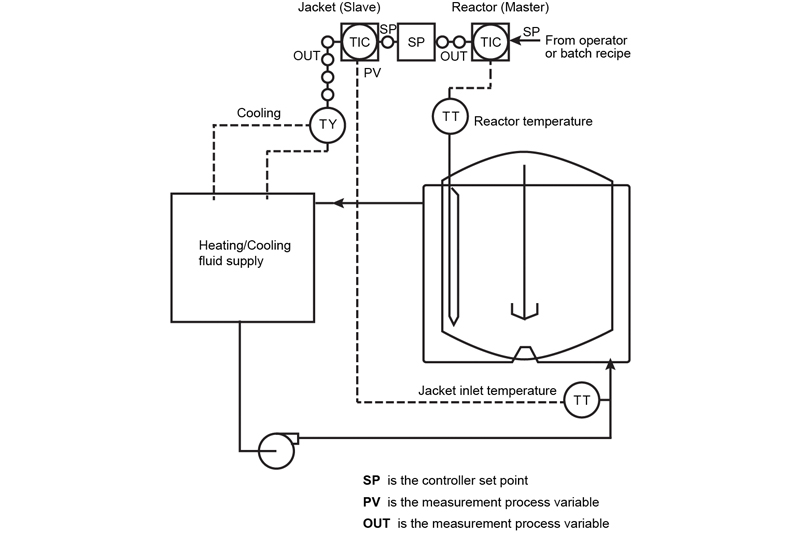 Sometimes problems are directly caused by improper tuning of the valve and control loop. For example, at one plant, temperatures of eight batch reactors were oscillating. With the reactor setpoint initially at 30°C, slow oscillation caused the jacket to continuously and alternately consume significant quantities of steam and chilled water. Later, after the exothermic reaction inside the reactor, the jacket controller output began swinging almost full scale up and down. Average energy consumption was much greater than theoretically required to maintain the reactor temperature.

A smaller, faster oscillation of the jacket loop also occurred. The main problems identified were:

Plant personnel had not been trained in modern loop-tuning methods such as Lambda tuning, which gives non-
oscillatory response at the speed required. Tests required for systematic tuning also revealed nonlinearities in the split-range logic and control valves. After applying corrections to three reactors, energy savings on steam alone paid for the project in less than three months.

In this example and in other applications, not matching controller settings to valve characteristics causes several problems. For example, the response in another batch reactor was too slow, taking more than two hours to reach a new setpoint. Because of the slow response, operators preferred to make frequent manual adjustments to the jacket setpoint until the correct reactor temperature was achieved. This interfered with the operators’ primary duties, such as sampling for quality control.

Tests identified several limitations in the jacket response. The response was much faster in cooling than in heating. Manual step testing of the jacket also showed inappropriate derivative and filtering values were installed for the jacket controller. Finally, the ideal cooling response required a different inherent flow characteristic in the cooling valve.

Once these changes were made, operations improved. 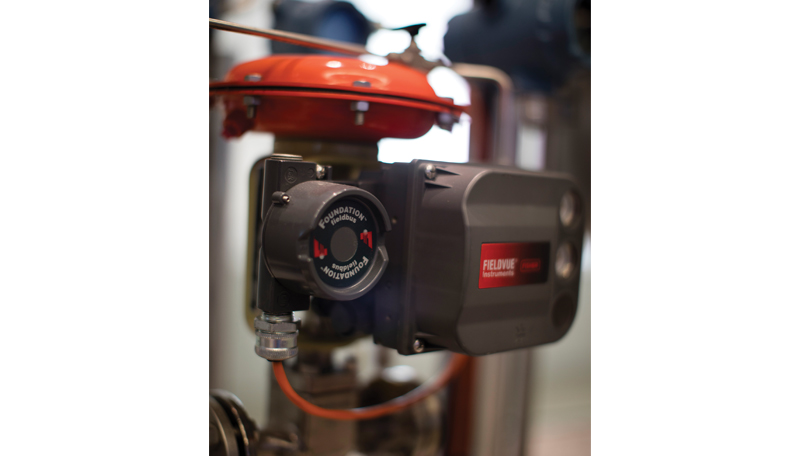 Figure 3. A globe valve, such as this Baumann 24000SVF paired with FIELDVUE DVC6200 Digital Valve Controller, is designed to provide better throttling control than a butterfly valve as well as diagnostic capabilities.

Figure 3. A globe valve, such as this Baumann 24000SVF paired with FIELDVUE DVC6200 Digital Valve Controller, is designed to provide better throttling control than a butterfly valve as well as diagnostic capabilities.

Retorts are vessels used to heat jars, bottles or cans that cook and sterilize food products. Precise temperature control is important so containers in the retort do not rupture, balanced with the need for containers to be thoroughly heated to ensure no bacteria survive.

Two valves are used in this application at times. An example is when the system requires fast startup, and then tight temperature control. The valves use split ranging to extend the rangeability for the application. The first valve would have a better low end-of-travel control range with a max flow coefficient (Cv) overlapping the lower end-of-travel control range of the second valve. The second valve overlaps the max Cv but does not need as precise control at low Cv values.

While many temperature control problems in food and beverage reactors and processes are caused by poor tuning, selecting the correct control valve is important because no amount of tuning will suffice if the control valve operates improperly.

Control valve selection is important for ensuring high levels of uptime and quality. Control valves associated with temperature control must be able to quickly get to setpoint, maintain a high level of accuracy during the batch cycle without oscillation and quickly respond to the end of batch setpoint. Having high rangeability is preferable but must be balanced with response. Does one degree of temperature change impact quality? If so, a control valve solution with highly accurate response should be considered. A butterfly valve can provide high rangeability but has a much narrower control range compared to a segmented ball or globe valve.

In batch operations, time between batches has a major impact on plant profitability, so fast charging times are important, which may require a high-volume valve, with corresponding lower response. A butterfly or full-port ball valve may be used if fast fill time is all that is required. If improved throttling control is needed, a segmented ball valve or globe valve (see Figure 3) is a better option.

If the valve is oversized, one may not get the level of accuracy needed because a small change in stem movement can have a large change in flow. If undersized, accuracy may be acceptable, but charge time will be increased, without much payoff if there is a larger room for error.

Segmented ball valves (see Figure 4) are good candidates for both applications because of the combination of high capacity and wide control range.

In continuous operations, such as distillation, similar considerations must be made, but operational range is not commonly an issue. A reflux or reboiler valve must provide stable response to load disturbances such as changes in feed quality.

An oversized valve will provide sluggish performance and result in a high rate of reflux and unnecessary energy costs to meet purity targets. Conversely, an undersized valve may not be able to properly respond to disturbances, causing large oscillations in product quality.

Regardless of whether the control valve is in a continuous or batch application, understanding the level of control needed is critical to plant performance. 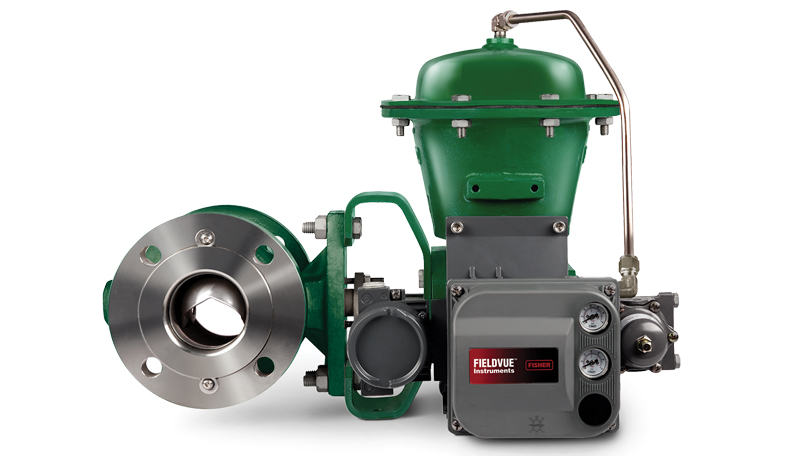 Valves used in the food and beverage industry fall into two main groups: those that come into direct contact with food materials, and those that control utilities such as steam and water.

On the food-contacting side, various regulations must be considered, such as 3A Sanitary Standards, FDA 21CFR part 177 and ASME BPE for bioprocessing equipment. The inside of the valve, for example, must be smooth enough to avoid trapping particles of food or allowing bacteria to accumulate. This usually translates to a surface finish of 15 to 20 micro inches arithmetical mean roughness (Ra).

Valve materials are an additional consideration. Upgrading trim parts to higher alloys can increase life and reduce required maintenance. For direct steam applications, 316SST is the standard. For indirect steam, a hard-faced trim with Alloy 6 can be used to add longer life.

Valve diagnostics can be used to ensure valve performance has not significantly changed over time. By identifying issues early, a maintenance plan can be put into place, with the right parts and spares in stock. This eliminates unnecessary work and troubleshooting. Diagnostics can be run online in continuous operation or offline between batches.

To ensure the right control valve is selected for the application, all attributes must be considered:

Control valves are widely used in the food and beverage industries, from controlling incoming feed to moving finished products to storage areas. Controlling temperature is one of a valve’s most important tasks because it often determines product quality. Careful selection of a valve, and then tuning it properly for process conditions are required to achieve peak performance. 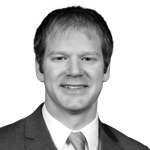 Blake Coleman is the Global Chemical Industry manager for Emerson’s flow control products. He joined Emerson in 2010 and has held a variety of positions with Emerson supporting the chemical and severe service teams. Coleman has focused efforts on agri-chem, food and beverage, petrochemical and specialty chemical segments. He is a chemical engineering graduate from the University
of Nebraska.

The importance of accurate flow measurement in industrial processes

Thermal efficiencies can be maximized when the type of process and fluid viscosities are considered.
Matt Hale
Feb 25th, 2019

Given the much higher viscosity of chocolate, it is likely that at least a 3-inch Coriolis mass flowmeter will be needed.
David W. Spitzer
Sep 11th, 2018

With a centrifuge system, a Kentucky brewery was able to achieve more throughput by not allowing the brew to settle in fermenters.
Christian Pettit
Aug 20th, 2018

How will the food and beverage industry grow in 2018?

Most flowmeters are affected in some way by viscosity.
David W. Spitzer
Sep 21st, 2017

When someone asks for or cites the viscosity of a fluid, it is prudent to ask for the composition and temperature to which it applies.
David W. Spitzer
Sep 14th, 2017