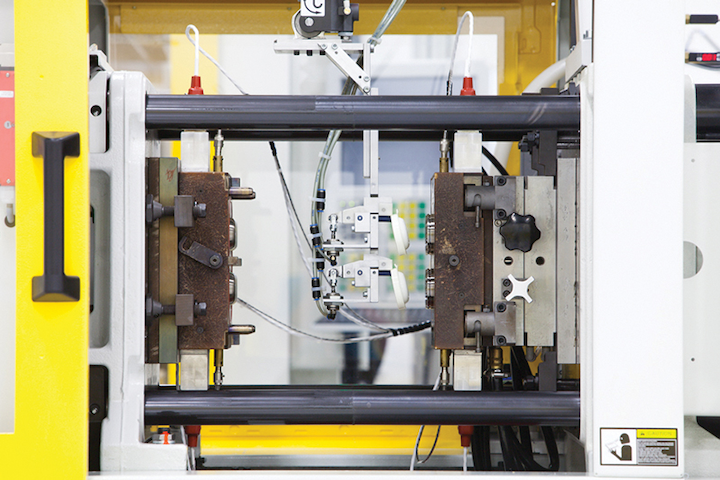 Designers have a healthy respect for the role of lubricants in boosting the service lives of hydraulic systems; however, with the increased complexity, efficiency and precision of today’s systems, more is required of a lubrication system.

Studies have shown that lubricants average about 1% of overall plant operating costs (overhead is 35%, maintenance is 30%, utilities are 19% and depreciation is 15%). That 1% seems low, and taking into consideration that poor lubrication is the primary cause of premature machine bearing failure, it may even seem deficient.

This discrepancy between money spent and the potential effect on machines should be seen within the context of the larger challenge facing designers. Machines must work reliably for longer, but economic pressures result in a never-ending quest for cost effectiveness.

A solution to this conundrum is lubrication management, which takes a holistic approach to machine maintenance to reduce friction and create a better environment for seals, significantly extending the life of the system.

In a holistic solution, each element of the system is viewed as a complementary component of the whole. This approach stems from years of experience with issues caused by friction in hydraulic systems, including:

Lubrication management addresses all these issues by providing a better environment for both seals — primary and secondary — in today’s popular tandem-seal systems. It is especially important in applications where seals play a critical safety and operational role. In these cases, the challenge of friction and wear can be multiplied exponentially.

In traditional systems, the primary seal prevents all lubricant from getting past it, maximizing pressure on the primary seal and creating dry-running conditions for the secondary seal, which can reduce its lifespan.

Lubrication management combines superior lubrication with a rounded-edge seal to completely change the system’s dynamics. The thicker, high-quality film of oil passes underneath the pressure-loaded primary sealing element to reduce the load on the seal and create a better environment for the secondary seal. In certain configurations, the film volume can also be controlled to the contact area of the secondary seal and the counter surface through an integrated check valve.

As previously mentioned, the rounded edge of the seal and backup ring, where applicable, is what drives the lubrication management behavior of the system. The edge shape gives the seal a more neutral or inverse contact pressure when compared to the standard, sharper sealing edge seen on most seals. The rounded edge ensures the primary seal will still hold the system pressure while enabling the lubrication film to pass underneath. Additionally, the backup ring’s rounded edge prevents it from scraping away the optimized lubrication film during dynamic movement.

In tests using a polyurethane buffer seal with a polyurethane U-cup, compression set behavior was reduced by almost 50%. In some circumstances, tests showed a reduction of up to 70%.

Another promising test involved short-stroke applications that are often seen in pitch-control cylinders. The short stroke means that the running surfaces of the primary and secondary seals will not intersect, which can create a lubrication-starved environment for the secondary seal that is further exacerbated by the heat generated from the rapid movement. Test results using the optimized lubrication management sealing arrangement showed very little wear on both seals and counter surface, even after 1 million cycles. The lack of wear on the counter surface that was exclusively in contact with the secondary seal was especially promising since, in normal conditions, significant run-in can be seen in this area.

Note that lubricant choice is an important element of this approach. Although industry has increased the use of mineral oil, synthetic lubricants and greases carry a number of real-world benefits, including increased wear protection, wider temperature range, longer oil life and lower costs. The optimal lubricant choice will vary from system to system, affected by factors such as temperature and overall pressure within the system.

In a casual customer survey, 86% of respondents said increased life of the system was the most important goal of improved lubrication management. Respondents were allowed to choose as many benefits as they liked, and they mentioned lower wear (50%) and lower friction (50%), alongside increased robustness of counter-surface quality (36%) and less smoothing of counter surfaces (36%).

The described holistic approach dovetails with consumer desire. When the load on elements within a sealing system are reduced, both performance and lifetime are optimized.

Furthermore, because lubrication management decreases the limitation of seal performance in relation to roughness specifications, the potential exists to lower the total cost of the hydraulic system.

However, achieving this requires designers to work hand-in-hand with an experienced seal supplier. Successful lubrication management involves considering not only lubricant choice and control mechanisms, but also maintenance planning and a host of other issues. Thus, it is recommended to choose a supplier with considerable experience in wear-resistance testing, leakage limitation and lubrication management.