Choose between noncontact and contact seals for long life. 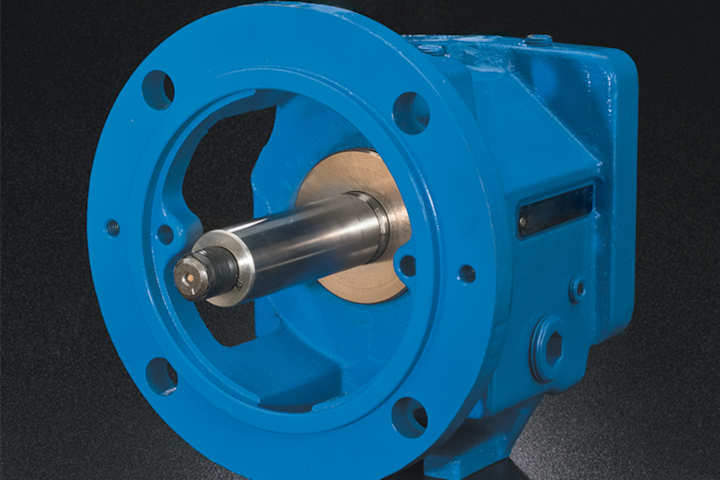 An example of a bearing isolator installed on a pump. All images courtesy of Inpro/Seal

Cars of the 1970s had odometers that rolled over at 100,000 miles. The reason was simple: 100,000 miles was a major accomplishment in the late 1970s, and there was little need to record mileage beyond that point. The probability that a car would last longer than 100,000 miles was, relative to today, small. A typical new car warranty then was only 12 months or 12,000 miles. Today 100,000 miles is not an accomplishment, but an expectation, and many cars even have warranties that extend that far. Industrial rotating equipment, particularly industrial pumps, has undergone a similar, though even more dramatic, transformation. Where 90-day warranties and annual pump rebuilds were once common, users today have expectations of five years or longer mean time between repair (MTBR). The practical application of reliability science has made this possible, and attention to bearing life in particular has been a major contributor to this new reality.

Essentially, two broad categories of bearing housing seals exist: contact and noncontact. Contact seals rely solely on contact to perform their sealing functions. If there is no contact, there is no seal. Noncontact seals, conversely, do not rely on contact to perform their sealing functions. That is not to imply the design of noncontact seals never permits components to touch (e.g., during installation or adjustment), but rather that contact is not a requirement for proper function. For a noncontact seal, contact is not the mechanism by which the seal performs.

Contact seals are commonly further subdivided into lip seals and magnetic seals. Lip seals broadly refer to any design that utilizes an elastomeric, usually circumferential contacting element. This static contacting element is pressed against the shaft, often with the aid of a spring, to ensure positive contact. The elastomeric contacting element is often retained by a metal housing that is press-fit into the bearing housing about the shaft. The primary advantage of lip seals is low cost. They are also readily available in almost any size required. The primary disadvantages are short life because of wear, and caused by dynamically contacting the shaft they can cause shaft wear and damage.

Magnetic seals are optically flat, essentially simple, unbalanced mechanical seals that use magnetic attraction to load faces as opposed to mechanical springs. The faces are usually comprised of different materials such as carbon and stainless steel or other metals. The primary advantage of magnetic seals over lip seals is that they do not damage the shaft since all dynamic contact occurs within the seal and between the two faces. Magnetic seals are considerably more expensive than lip seals.

Both types of contact seals have the advantage of being able to seal positive pressures or static levels (i.e., heads) of lubricant. Their common disadvantage is that contact seals are friction devices that will wear out and fail at some point. Predicting when contact seal failure will occur or what seal life can be expected of any particular seal installation is unknowable. While magnetic face-type seals are thought to offer greater life expectancy than lip seals, the real-world life expectancy of either type of contact seal is mostly still unknown.

Noncontact seals can be divided into three distinct categories: gap, traditional labyrinths or compound labyrinths, often referred to as bearing isolators. Gap, or clearance, seals provide minimal protection at best because they rely solely on a gap or tight clearance as the sealing mechanism to block anything larger than the gap. Traditional labyrinths added a difficult path into the gap seal design to further hinder anything passing through the seal. Traditional labyrinth seals are usually one-directional and thus are impractical options for bearing housing seals where contaminant exclusion and lubricant retention are required. Gap and labyrinth seals are inexpensive. 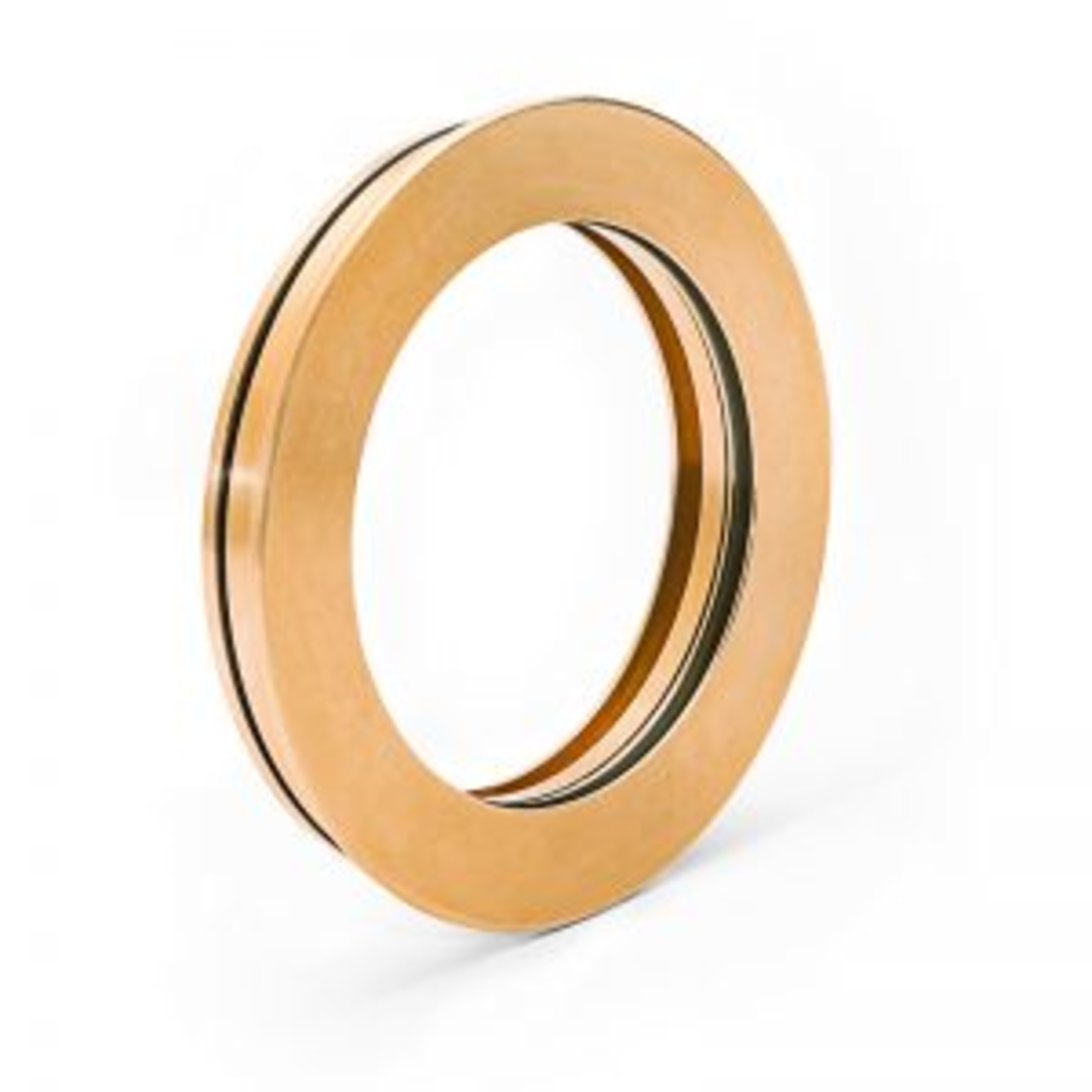 During the late 1970s, the compound labyrinth design was introduced to the industry. Compound labyrinth seals use static and dynamic components to retain lubricant and exclude contamination. The originator of these compound labyrinth seals coined the phrase "bearing isolators" to differentiate them from more traditional labyrinth seals. The term has been in common use ever since. Bearing isolators are noncontact seals, and thus have unlimited life expectancy. Since they do not fail under normal circumstances, they are rarely the cause of equipment downtime. Being a noncontact seal, bearing isolators are not the correct selection when a pressure, such as a static level of lubricant, must be sealed or when a bearing housing may become submerged. Against splash lubricant and contamination, however, they are almost always the preferred choice. Bearing isolators are more expensive than either lip-type contact seals, gap or simple labyrinths, but are equal or less expensive than magnetic contact seals.

To say the common application of bearing isolators to pump bearing housings was monumental would be an understatement. Pumps operate within systems of related components, and the failure of only a few critical elements can bring an entire system down. Bearing housing seal failures can and do cause pump systems outages. As demand for increased reliability and life expectancy has soared over the past decades, lip seals simply could not keep up with customer expectations. The use of noncontact, nonwearing bearing isolators were was fundamental in achieving the MTBR demanded in the industry today.

Seal selection, like most engineering decisions, is a trade-off. While contact seals do, as their name implies, provide a positive contact and thus an effective seal against static heads and pressure, they are plagued by finite life. They will fail at some point, the time of which is mostly unknowable, and there are an untold number of factors that may contribute to contact seal life expectancy. When they fail, an equipment repair is not far behind. Noncontacting bearing isolators, conversely, will not fail and rarely contribute to a reduction in overall equipment reliability. In fact, they increase reliability by eliminating the bearing housing seal as a failure point. Because of this, bearing isolators are a common, default choice for industrial rotating equipment, specifically industrial pumps. In the decades since celebrating when cars achieve 100,000 miles, the availability and widespread application of bearing isolators has had a major impact on rotating equipment reliability. Without bearing isolator technology, it could be argued, the present expectation for five or more years between repairs would not be possible.

Neil Hoehle is chief engineer for Inpro/Seal LLC, a Waukesha Bearings business. He has spent more than 35 years in the design and development of noncontact bearing housing seals, air-purged sealing and other rotating shaft sealing devices and holds several related patents. During his tenure at Inpro/Seal, Hoehle has worked in applications engineering, research and development, field service and sales, and operations management. He holds a Bachelor of Arts from Western Illinois University and a Master of Business Administration from the University of Iowa. Hoehle can be reached at nhoehle@inpro-seal.com or 309-756-5335.