A review of common industry terms related to sealing systems 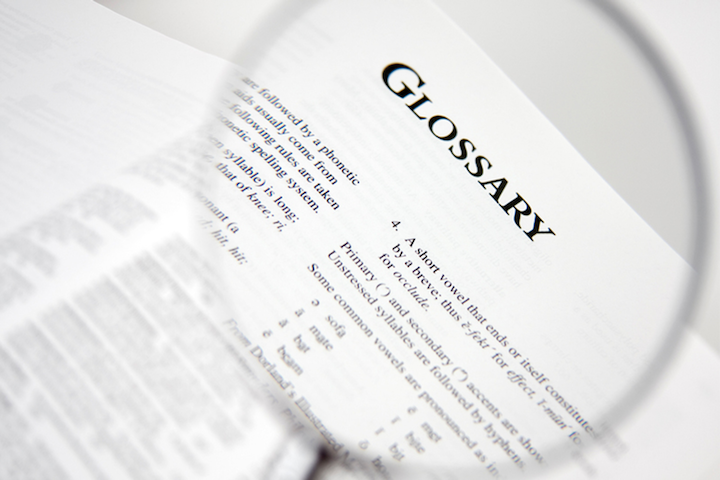 Axial seal: A term usually applied to an O-Ring where the seal is applied on the top and bottom surface. Also known as a face seal.

Back pumping: The action in which fluid film passes between the seal and the mating dynamic surface during an extend stroke and then is returned to the system during the retract stroke through hydrodynamic principles.

Bi-directional seal: A seal used to prevent leakage across both sides of the seal under different levels of pressure or fluid exposure. Or a seal used in applications where motion (rotary – clockwise, counterclockwise, linear – in or out, etc.) occurs in reversing fashion.

Compression set: Permanent, unrecoverable deformation after a shape is compressed.

Diaphragm: Dynamic elements with flexible walls in which to flex or roll that can be used in pumps, valves, regulators to regulate pressure, control the flow of media, or separate two media.

Dynamic seal: A seal used in hardware in which one of the hardware components is moving.

Elastomer: Any synthetic or natural material able to demonstrate a significant amount of elasticity. Sometimes used as a synonym for rubber.

Excluder: A sealing device which keeps dirt, moisture, and other contaminants out of the sealing area to protect the seal, the fluid purity, electronic circuits, optical devices, or other components.

Fluorocarbon: Organic compound having fluorine atoms in its chemical structure. This structure usually lends chemically and thermal stability in plastics.

Hydrodynamic seal: Seal with special patterns used to force fluid back under the sealing lip.

Nitrile: The most common of elastomers used in the production of O-Rings. Used because of resistance to hydraulic oils and good mechanical properties.

O-Ring: A mechanical gasket or washer, an elastomer loop with a disc-shaped cross-section. Also known as packing or toric joint, it is seated in a groove at the interface between two or more parts and compressed, creating a seal.

Permeation: The penetration of a liquid or gas through a solid material; the degree of permeation is relative to a material’s permeability.

PTFE: Abbreviation for PolyTetraFluoroEthylene, a synthetic polymer containing fluorine, well known for its low friction, wide temperature range, and chemical inertness. It is most widely known under the DuPont brand name, Teflon.

Radial seal: Any seal designed to endure both radial and axial loads, such as those used in rotary elements, e.g., a shaft or rotating bore.

Rotary seal: A seal in which the shaft, turns about its axis in relation to the fixed element in one direction only.

Static seal: A seal in which there is no macro-scale dynamic motion between sealing surfaces.

Tensile strength: Also known as Ultimate Tensile Strength (UTS), Breaking Load, or Breaking Stress, it is the amount of maximum stress used to rate a material’s capacity to withstand tensile stress, measured as the force per unit area — usually in pounds per square inch (psi) — that a material can endure while being stretched at a constant rate before tearing. In rubber testing, it is the maximum psi of the original cross-sectional area.

Tolerance: The permissible deviation from a specified value of a structural dimension.

Vulcanization: Process of chemical reaction in rubber materials in which chains are crosslinked, resulting in strength, elasticity, and other significant property changes.

The terms and definitions in this glossary were provided by Trelleborg Sealing Solutions, a global supplier of sealing solutions. Trelleborg provides definitions of more than 2,000 terms from the world of sealing technology and engineering on its website.