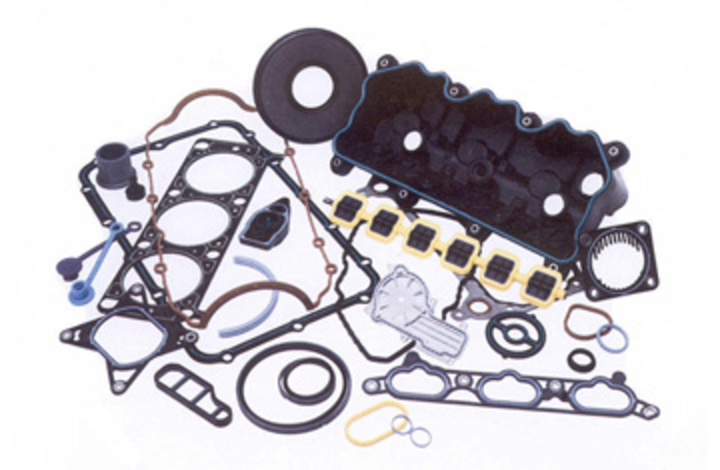 For many fluid handling processes, sealing systems represent the pivot point between success and failure. As such, they present a significant opportunity for industry to save energy, improve equipment reliability, meet changing environmental and safety regulations, increase process plant productivity, and reduce overall maintenance costs.

According to the Fluid Sealing Association, recent improvements in sealing materials, designs, and systems have dramatically reduced the total life cycle costs (LCC) of sealing products. However, there is always room for improvement.

Education is key to success

Through its "Sealing Systems Matter" education initiative, FSA addresses what it describes as "a significant lack of understanding that currently exists regarding the optimum application and operation of sealing systems."  In a white paper titled, "Choosing Mechanical Seals to Optimize Life Cycle Cost, Safety and Environmental Compliance," the FSA says there is a significant number of users and specifiers who are buying sealing systems on the basis of initial cost, sacrificing energy consumption, water usage, effluent treatment, chronic maintenance cost, and, perhaps, the ability to meet safety and environmental requirements.

Responding to this trend, FSA has teamed up with the Hydraulic Institute to present educational webinars on sealing systems that include training material that Azibert says everyone can agree to, "not a sales pitch." Topics include fundamentals of mechanical seals, gaskets and compression packing. "This is very important to help people understand how the systems really work and how to best utilize the available sealing technology," Azibert says.

As applications become more demanding and call for higher temperatures and more aggressive fluids, higher-grade sealing materials are being used than in the past, and some are being re-developed to meet changing needs.

One new trend affecting sealing systems over the last five years is the development of and usage of low-emission compression packing for valves. "This is something that is very significant because the emission levels have probably been reduced by at least one order of magnitude," Azibert says. "Where you may before have looked at an emission level of under 1,000 PPM, you’re now looking at under 100 PPM. So this is one thing that is very significant—the technology is available, there are new products, there is a better understanding of how to apply them." Azibert says this development includes not only upgrading seals, but also oftentimes upgrading the equipment as well with better tolerances, concentricities, and surface finishes.

A trend in sealing system performance over the last 10 years has been the growing use of computer simulation, including finite element analysis (FEA) and computational fluid dynamics (CFD).

"While FEA has been available for some time, we have seen a transition from where it was once understood that FEA results provided a general guidance on seal design and today it’s being used far more as a reliable predictive tool," says Bob Dubiel, marketing manager of Parker Integrated Sealing Systems Division (ISS). "FEA still isn’t eliminating the need to prototype and validate—but FEA results of gasket designs are being looked at as a far more useful predictive tool of how a design will perform in an application."

For example, better fibers used in the construction of compression packing leads to better energy savings and therefore a major cost-saving opportunity. "Because you have a system that is better suited or better designed for whatever your application is, one of the benefits you get is longer operating life," says Azibert. "Meantime between repair has really increased tremendously in quite a number of areas. If you look in the mechanical sealing area, sealing shafts for pumps, and other rotating equipment, I would say in the last 10 years that the meantime between repairs probably increased 50 percent."

The automotive and heavy-duty industries are two areas that appear to be ahead of the curve when it comes to applying newer sealing system materials, according to Dubiel. "These industries tend to look for more design and validation support, require materials to meet certain specifications, and are more understanding of their supply base," Dubiel says. "Some other industries like the food & beverage, pharmaceutical, and renewable energy industries are trying to catch up when it comes to sealing systems and understanding what types of seals they are using. However, the food, beverage, and pharmaceutical industries are beginning to recognize this and are slowly beginning to change."

Azibert says in the pharmaceutical/bioengineering sectors, he’s observed a switch from liquid lubricated seals to strictly gas or dry-running seals. This comes into play for manufacturers of medicine or chemicals when contamination prevention is a key objective.

"Normally you would use a dual-mechanical seal with a liquid barrier fluid that provides a barrier between the environment and the product, and in this case, you try to keep the environment out, not necessarily keep the product in," says Azibert. "This is one area where I’ve seen the use of nitrogen as a barrier gas, which is at a higher pressure than you have in the vessel. The major advantage here is that if you have any seal failure, instead of product contamination—which means potentially throwing away some very expensive medicine—you just have some gas coming in and that can easily be monitored with flowmeters."

Azibert also notes the use of mechanical seals to seal turbines on some extremely large hydroelectric plants that can handle contamination from sand and silt, etc., without complex external systems. He’s also seen a lot more usage of hydrodynamic gas seals in chemical applications, using gas as a barrier as opposed to a liquid.

Azibert describes improvements in sealing systems over the last decade as steady. "Sometimes, steady—3,4,5 percent—improvement every year makes a very big difference," he says. "At the end of 10 years you’ve doubled the life [of the sealing system]."

For effective selection and/or application of sealing system technology, end-users should try to understand everything they can about the application environment and relay that information to their suppliers.

"Using a standard checklist to provide suppliers the proper environmental parameters would be useful," Dubiel says. "A common issue that exists when failures occur is that the environment turns out to be different than what the supplier was led to believe. Some companies in some industries do well at providing information—but there are still some that struggle to provide even the basics of temperature, media, and pressure under which the sealing system will be exposed."

According to Azibert, most manufacturers of sealing devices have their own selection tools, usually computerized systems where end-users can plug in details and the system chooses the best sealing device based on their conditions—and this is the case for gaskets, compression packing, mechanical seals or expansion joints. "And [these tools] make it easier for people to actually select the right product," Azibert says.

Another useful tool for the sealing selection process is the API Standard 682 on mechanical seals, Azibert says. The fourth edition, released earlier this year, includes a new and important seal selection procedure for the containment of toxic, harmful or dangerous chemicals.

Looking ahead at trends that will affect the area of sealing systems over the next five to 10 years, Azibert says he sees continued steady improvements, noting more cooperative work between the seal manufacturers and the equipment manufacturers, especially at the design stage, which will streamline integration of the seal with the equipment. He says this cooperation will lead to a better fit and better environment for the seal with a better life resulting in less costs. He also sees end-users, engineering firms, pump manufacturers, and seal manufacturers using data exchange software to more efficiently design entire systems from the ground up.

Dubiel says he expects to see process temperatures continuing to go up and fluids continuing to be more aggressive. "This will continue to push the envelope with today’s existing materials and may again force some customers to turn to higher-grade materials than they are using today in order to meet these more challenging requirements," he says.

Dubiel says he also expects finite element methods and functional testing will become increasingly critical. "Industries will continue to want to speed up program development while reducing development costs—and so analytical and predictive methods will become more and more important in the next five to ten years."

Amy W. Richardson is Flow Control’s managing editor. She can be reached at ARichardson@GrandViewMedia.com. Connect with Amy on LinkedIn.